A huge well done to our Year 4 and 5 children for helping out in the community! They went on a mass litter pick about Pennington Flash to help keep the local area tidy! 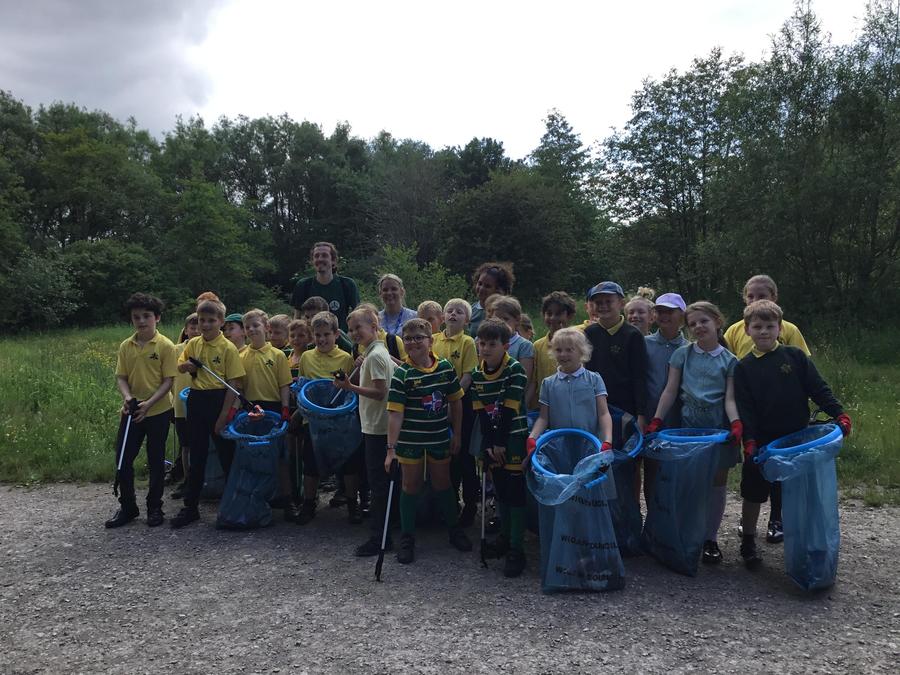 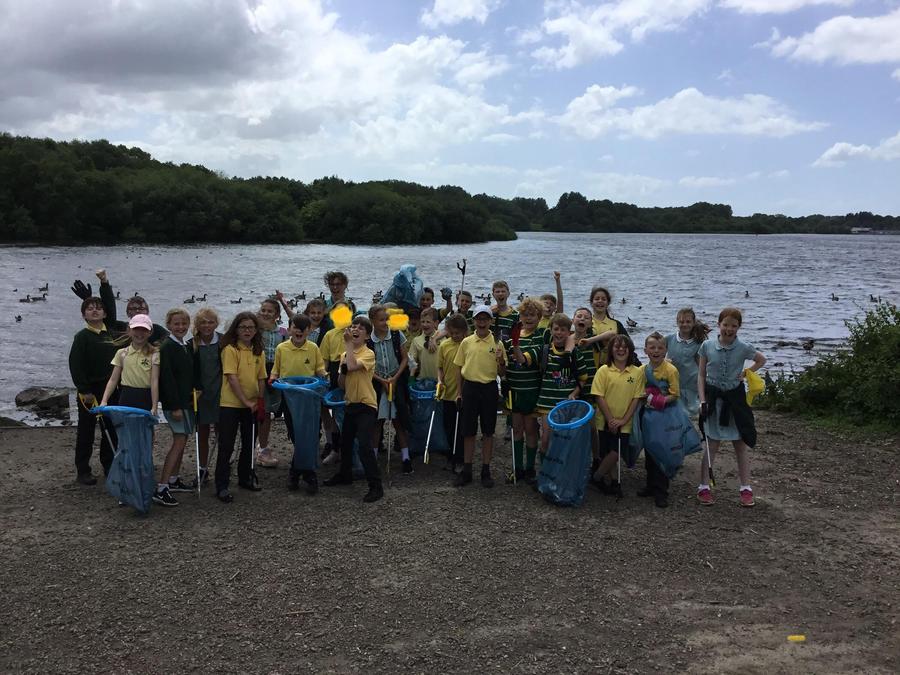 Following our successful competition entry, the children were able to visit a Leigh Centurions game and go onto the pitch before the game and at half time. Thank you to Leigh Centurions, Leigh Community Trust and Leigh’s players for giving our rugby team a memorable experience! We were invited back a second time! This time, our Year 5 and Year 6 children were given the amazing opportunity to walk out onto the pitch with their heroes!

The children were paid a visit by Leigh Centurions stars Ryan Brierley and James Bell for a question and answer session after we successfully designed the Centurions' warm-up top for the current Super League season.

Our COVID-safe baubles have been using to decorate Orthopaedic Out Patients’ Christmas tree!

We’ve donated a WHOPPING 184kgs of food to Atherton and Leigh Food Bank! Another great Gilded Hollins team effort for a brilliant cause!

Here are all our Macmillan Marathoners doing their bit! I think you will agree with me that Team GB had better watch out because #GoGilded are coming to get them! We actually ran a phenomenal 1270 laps which equates to 283.86 miles and that it 10.83 marathons! Wow! As a family, we have raised a remarkable £231.50. Thank you for your generosity!

On Friday 8th May, we celebrated the 75th anniversary of the end of war in Europe. The children worked incredibly hard to produce great work to celebrate the occasion!

In these difficult times, we are eternally grateful for the work that our NHS and other key workers are doing! Our children have been making rainbows to show support for the NHS. Here are some of NHS heroes with our rainbows on the Orthopaedic Outpatients ward at Bolton Hospital, at The Cancer Care Centre in Wigan, at Alder Hey on 4A and at The Clatterbridge Centre, Aintree!

Wow! We managed to order over 100 'Go Gilded' hats for both children and staff. The money raised goes directly to the Oddballs Foundation, a charity that raises awareness for testicular cancer. Not only do we now look great but we've raised money for a good cause!

Recently, our dear friend and much-loved colleague Janet Collier passed away having been diagnosed with cancer earlier this year. She was only 53. To raise money and awareness for a worthy cause, Macmillan, that supported Mrs Collier through her illness, Mr Taylor decided to shave off his curly hair. All money raised from the 'Mr Taylor's Brave The Shave' would go to Macmillan and Cancer Research. Initially, we hoped to raise around £1,000 in Janet's memory but in true Gilded Hollins fashion, children, parents, staff and friends of the school really got behind the cause. Our target was surpassed within 6 hours and the donations continued to roll in...

On Friday 27th September, at 3.30, the school hall was packed with children, parents, grandparents, staff, governors, ex-pupils and even children who hadn't attended Gilded Hollins for 'Mr Taylor's Brave The Shave'! Mrs Renshaw expertly shaved Mr Taylor's hair with the final total raised being £3,518.88 (£4,332.35 including Gift Aid). This occasion was definitive proof of what an amazing, caring and generous family that anybody associated with Gilded Hollins is a part of!

Fundraising for 'Shoulder to Soldier'

Our pupils decided that they would like the door collection from our second nativity play to go towards helping people in our local area. We raised over £200 thanks to the generosity of our families at Gilded Hollins. This morning, the whole school were treated to a visit and a special assembly from members of the shoulder to Soldier charity. During the assembly, Ethan (a Y6 pupil) was presented with a special gift. Ethan helped to raise a staggering £690 for the charity last summer completing the National Three Peaks Challenge alongside another former Gilded Hollins pupil. Today we all learned how the money Ethan raised has already helped so many veterans, soldiers and soldiers families. We are all extremely proud of Ethan! A big thank you to everyone who donated and to our all of our caring pupils.

Unfortunately not the ones with chocolate chips.

Some cookies are necessary in order to make this website function correctly. These are set by default and whilst you can block or delete them by changing your browser settings, some functionality such as being able to log in to the website will not work if you do this. The necessary cookies set on this website are as follows:

Cookies that are not necessary to make the website work, but which enable additional functionality, can also be set. By default these cookies are disabled, but you can choose to enable them below: